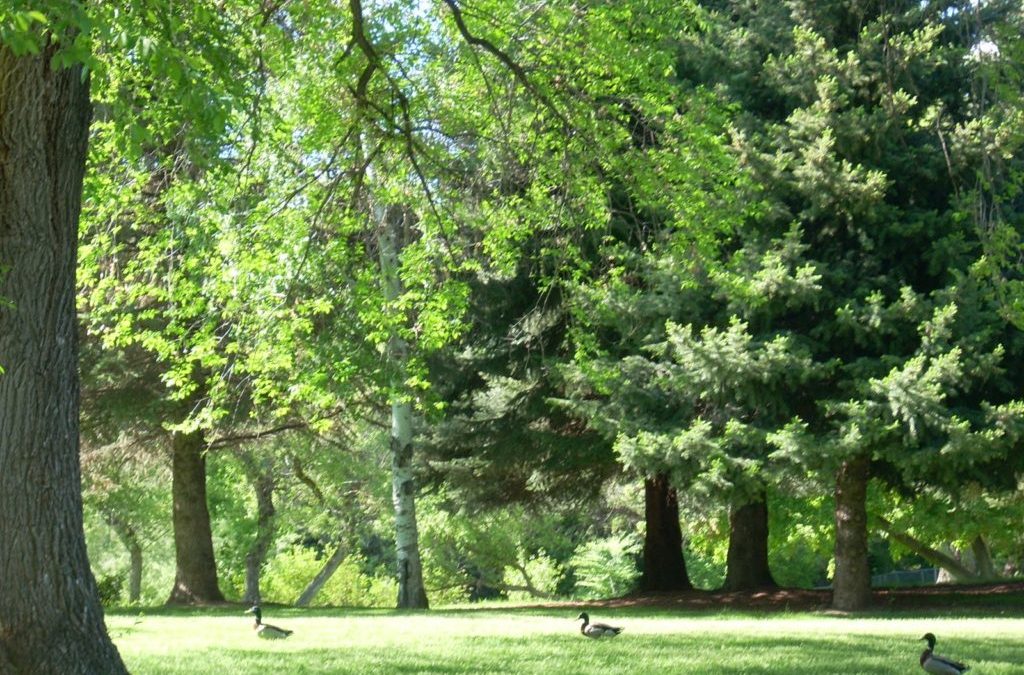 Layton Utah, situated north of Salt Lake City contains a haunted secret. Layton Park. During World War Two, the city of Layton was transformed by the construction of Hill Field, an important supply and maintenance base for the US Military. With the large influx of servicemen and women and their families, space was needed to house them. On open Farmland, Verdeland Park was constructed. Over half of Layton’s total city population lived in the 72 acre park and even after the war, many service men made that their home. By 1962 the city within a city closed down.

The city of Layton purchased the land and turned it into Schools, Government Buildings and a very large city park. Because of its large boom and bust, the area is a hotbed for paranormal activity including feeling like you are being followed, feeling uneasy in the parks large trails, there are reports of swings moving on their own with no wind present, little girls being seen by children, black figures under trees and voices being recorded as saying “Get Out!”