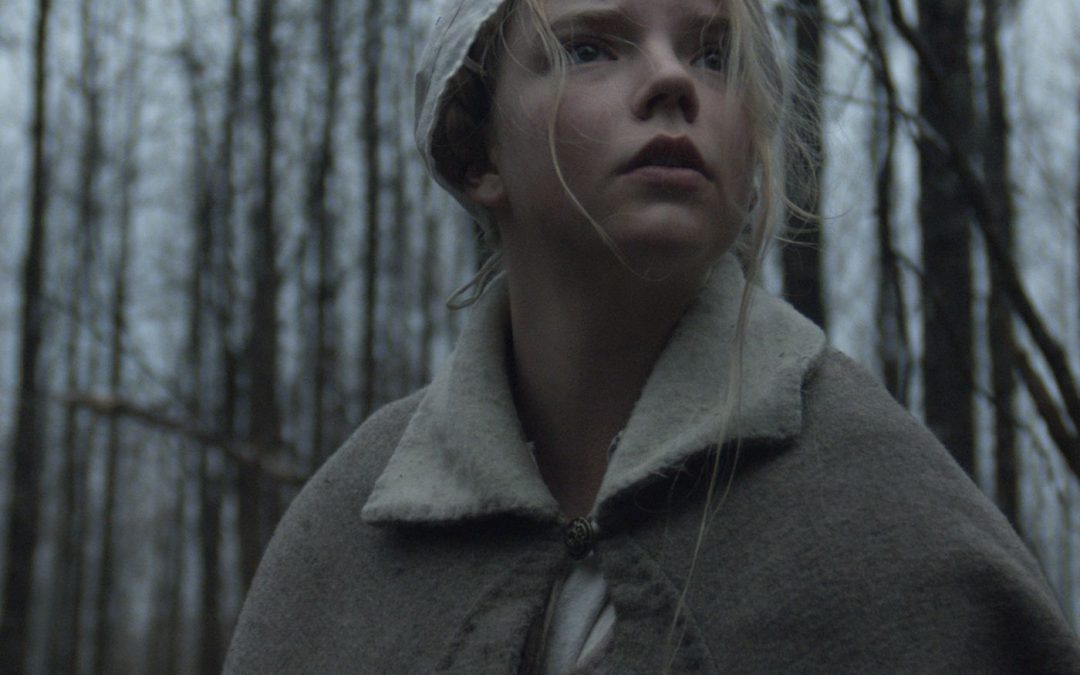 I am not sure why we have never seen The Witch before last night.  I think I had started it previously and it started off super slow in the beginning. We decided to finish it off last night and was surprised at how good and different the story is.

We start off in 1630 New England at the height of the Puritan Migration from England.  The opening scenes show a family being banished from a Plantation and forced to live on their own.  The family struggles to make ends meet.  The main character Thomasin is caught between her parent’s expectations and being one of the siblings.

Nightmare becomes a reality as we see the youngest member of the family abducted from right under Thomasin’s nose while she is playing peek a boo, carried into the forest by “The Witch” and sacrificed, apparently to make a “Flying Ointment.”  It goes into gruesome detail which I did not care for.

The Father believes that the child was carried away by a wolf and the mother believes that his soul is in Hell due to their belief that anyone that has not been baptized will not enter into the kingdom of heaven.  The family continues to struggle with his kidnapping, but things get worse when Caleb (The oldest son) and Thomasin head out to check the traps for food.  Upon encountering a rabbit in the woods, their horse is startled and knocks Thomasin off, knocking her unconscious.  Caleb ran off into the woods in search of the family dog who was with them.

Caleb eventually hears the dog whimpering and eventually comes across the lifeless body of the dog.  A few moments later he is lured into the presence of a witch and disappears for a time.  After a few hours, he is found by Thomasin completely naked and in some sort of trance out by the goat pen.

That is where things go completely insane.

The Witch starts off very slow and hard to get into due to the authentic nature of how they talk in Puritan society.  Thee and Thou are used throughout along with the constant repetition of bible verses.  The music and sound effects add a lot to the suspense of the movie, causing you to feel uneasy the whole time.  The acting could have been a little better, but it may have distracted from the storyline, which is a unique tale, to say the least.

Cut along the same lines of Hereditary, the plot and story is slow moving and progressing to the last 15 minutes which are absolutely insane.  The movie leaves you with an uneasy feeling, a reality check that evil like this exists in this world.  The realistic nature and non-happy ending also are something that is missing from the Horror Genre too much lately.  Not every tale has a happy ending and neither does The Witch.