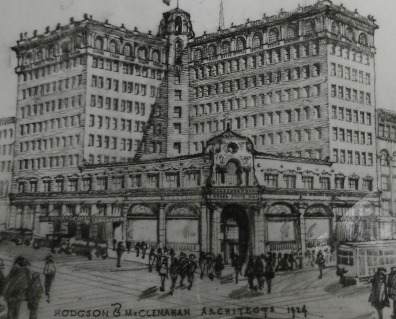 History of the hotel

The Ben Lomond Hotel stands on Washington Boulevard in the city but this wasn’t its original name.  The hotel was built in 1927 to replace a hotel called the Reed Hotel and was originally called the Bigelow Hotel then it changed named against in 1933 when a new owner took over and renamed it the Ben Lomond Hotel.  It was built by Hodgson and McClenehan who also built the Egyptian Theatre and the Forest Service Building in the city.

The name was in honour of the mountains in the Highlands of Scotland by the new owner Marriner Eccles.  He loved the area himself and wanted to name his new hotel in honour of it.  The hotel was also the highest structure in the city at thirteen stories with two of these being underground.

At first, the hotel wasn’t such a grand establishment and was more of a boarding house.  In fact, it was populated by the less ‘socially prestigious’ of the time and during Prohibition, a tunnel was constructed to smuggle various kinds of alcohol into the building.  Prostitutes, gangs and criminal activity was common within its walls.

It took its current form in the 1980s when it was bought and transformed into a 120 suite hotel.  Originally elements such as marble floors and crystal chandeliers can still be seen and the building is now on the National Historic Registries. 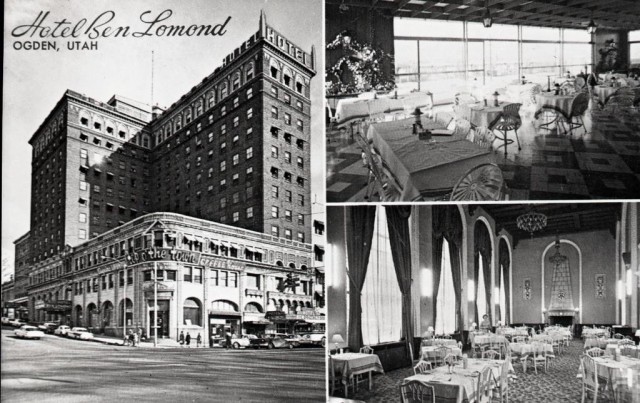 One of the most curious stories of the Ben Lomond Hotel haunted past are the elevators.  Despite the fact that no-one is operating them, the elevators like to work, moving up and down between floors without anyone having pressed any buttons.At night, staff will report the elevator appearing on the lobby then going to tenth floor and stopping, as if letting someone off.

One of the oldest ghosts in the hotel appears to be associated with a mother and son and with Room 1102.  The woman was honeymooning in the hotel when there was an accident and she died, drowning in the hotel bath.  Since then, the room has countless reports of the bath filling itself up with water as well as actual sightings of the women’s ghost.

Her son later came to claim his mother’s belongings (presumably this was her second marriage).  He was allowed to stay in the same room but became distraught and depressed.  He decided to take his own life to join his mother.  Guests have report voices of a man in the room as well as staff encountering their ghosts.

Other reports include that there are calls received from Room 1102 but no one is ever there when reception answers them.  The woman was said to wear a lilac perfume and this is often smelled around the hotel, even when no-one is present.